Altafit returns to settle next to Mercadona in its 59th gym 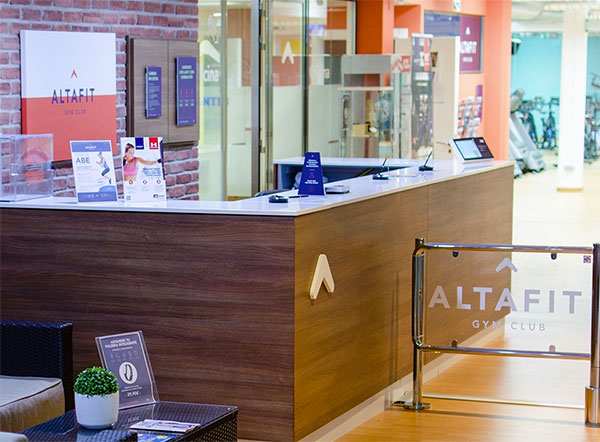 Altafit will double its presence in Bilbao with the opening of a new gym in Getxo. The gym, with 1,800 m2 in total, will be located on a Mercadona, being the second time in which the chain has the opportunity to cross synergies with the supermarket company.

Altafit has announced the next opening, scheduled for the first quarter of 2019, of its second gym in Bilbao. It will be in the area of ​​Getxo / Leoia and will be added to the installation that the chain already has in the Basque capital as a result of the acquisition of the iFitness chain.

According to CMDsport, the company's founding partner, José Antonio Sevilla, the new club will be located in a new building where a supermarket of the Mercadona chain will also be built, which will occupy the ground floor.

It will be the second time that an Altafit club is located on a Mercadona, as in the Altafit of Vegueta, on the island of Gran Canaria, previously also owned by iFitness.

Likewise, the chain also has a center near another Mercadona supermarket in Vallecas, Madrid.

According to José Antonio Sevilla, the confluence with Mercadona brings benefits to the chain as "we share similar audiences". Likewise, "we benefit from the communication effort of the supermarket chain because, at the end, when Mercadona makes an implantation, everyone ends up knowing where it is", he says.

For this new opening, Altafit has planned an investment of one million euros, in line with those usually made by the company. With the ground floor occupied by Mercadona, the gym will be located in the other two remaining floors, also having a terrace of 600 m2 for outdoor training. In total, the sports center will have an area of ​​1,800 m2.

MORE PROJECTS BEFORE THE YEAR ENDS

Altafit Getxo will be the 59th facility of the chain, if one of the multiple projects in which the company claims to be working is not formalized beforehand, of which, some "could open its doors before the end of 2018", as Sevilla says.

FROM 8 TO 10 FACILITIES PER YEAR

With the rebranding of the 14 iFitness gyms practically completed, Altafit is close to the 60 sports facilities, which "strengthens our brand considerably".

Sevilla has confirmed that after the sale to the MCH fund and the subsequent injection of capital, "we will accelerate our expansion plans in the coming years, after two years in which we have focused on optimizing open facilities."

The aim of the chain is to open between 8 and 10 gyms per year, although Seville states that "we do not have the obligation to open and open only if we have the right conditions, even if we open fewer units per annum".

Altafit expects to close 2018 in positive numbers and registering growth in the number of partners, as well as in revenues and Ebitda, although "it is still too early to talk about concrete figures", concludes the manager.